This is going to be my last post for a while, because the primary purpose of my blog has been achieved.

I started this blog as a way to showcase malware analysis work that I’ve done, like a portfolio. I recently accepted an offer at a fantastic organization to do exactly this kind of work. I couldn’t have asked for a better role. I plan to focus solely on my work there which is why I’m going to basically shut down this blog for now.

If I have the time, I may post about malware when I have a chance, or about other topics of interest, but for now I’m going quiet.

I attended the third annual New York Metro Joint Cyber Security Conference on Wednesday, October 5th and I got to see Lenny Zeltser’s presentation in the morning. I had been up until about 2 AM that morning working on a project to submit to someone, so I got a bit of a late start but managed to make it into the room just as he was beginning his talk.

Lenny’s talk was his usual great content, this time focusing on sort of a “Malware 101” for the attendees. Lenny has a framework for malware analysis which starts at the simplest (automated analysis) and escalates in difficulty up to manual code reversing at the top. He covered his first three areas which encompassed automated analysis (sandboxes), static and dynamic analysis.

Some of the tools he mentioned were new to me, and I plan on checking them out. The most interesting ones to me were:

PE Studio
Nice tool for looking at PE headers. You can see full feature list on their site. Notice that there’s a standard and professional license and the feature list reflects what you can and can’t do with each. The interface looks really nice, and there are some features in the standard (free) edition that could be really helpful like entropy detection and anti-debugging import detection. There are a few things missing in the standard edition, though, like listing exports and resources that I’d miss if I switched to PE Studio completely, so I think I’m going to add this to my toolbox and switch back and forth between this and PEview. If budget were no option, I’d definitely start using the professional version of PE Studio going forward, though.

CaptureBAT
CaptureBAT is a tool that, as Lenny put it, makes a good compliment for something like Process Monitor. This software records state changes and is good for capturing information on file creation, deletion, and other things that you’d be interested in knowing about during dynamic analysis. The only issue with CaptureBAT is that it’s only for 32-bit Windows systems. Lenny said that NoVirusThanks has some tools that can approximate the same functionality for 64-bit machines, though.

ProcDOT
This is a really cool tool for visualizing the output of Process Monitor logs. I wish I had this when I was working on this copy of Adwind and I was manually doing the visualizations. Basically, you let Process Monitor collect data and then you export the data as a .csv and then import this into ProcDOT. ProcDOT will then graph this data and visually show you process and thread creation, function calls, etc. You can see some examples of this output on the ProcDOT blog. I’m definitely going to start using this. I remember having a sample that created 16 child processes and I went through all of that manually, which was no fun…

REMnux
This is a Linux distribution maintained by Lenny Zeltser that comes preloaded with tools for malware analysis. You can browse the full tool list yourself, but this comes with a ridiculous amount of tools both for doing malware analysis directly and for activity in support of malware analysis (such as simulating an Internet connection). I almost think of this as like a Kali for malware.

As far as the other things, I’m going to write up a couple of little topics that came up during some of my analyses that might be of interest to people doing malware analysis.

An easy way to capture dropped files before they are deleted

In one of my Adwind analyses, I noted that there were two .vbs files dropped that were deleted by the malware after execution. I didn’t have any tool that I could use to intercept these files, but I could see where they were being dropped by reviewing Process Monitor results. What I did was I created a .bat file in that directory that contained the following lines:

Nothing groundbreaking here, but it worked. I put this file into the directory where the malware dropped the .vbs files, and then started the .bat file before I started the malware. When the malware executed, this batch file was able to catch both of the dropped files and made a copy for me to review later. Obviously you could change this to work with different types of files or whatever else you wanted, but this was just a really quick and easy workaround to this issue.

DeleteFile is a fairly common imported function in malware I’ve analyzed, so you’d think that you’d see calls to it in Process Monitor. Another thing I’ve observed is some malware will delete files from a command prompt, and this is fairly easy to pick up in Process Monitor as well. This copy of Adwind, however, deleted files in such a way that it wasn’t immediately obvious to me. What it did was make a call to SetDispositionInformationFile to set Delete:True. If you have files that “disappear” during your analysis, take a look in Process Monitor and set a filter on Operation for SetDispositionInformationFile — you should see the disappearing files show up here. Basically, when this is set to True, then the file is deleted when it is closed, as explained by this MSDN article. This blog post from Malcolm McCaffery goes into more detail here and explains why you shouldn’t expect to see a call to DeleteFile in your Process Monitor results.

That’s all for now. 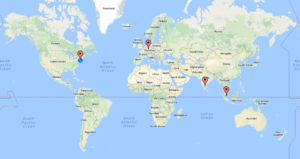 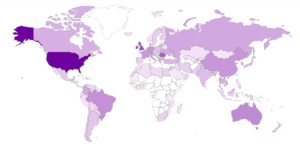 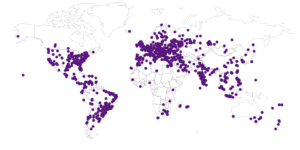 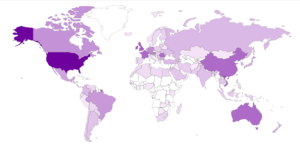 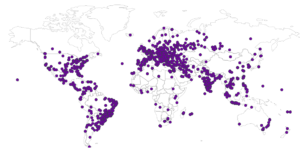